This crochet tutorial will teach you how to crochet a basic crocodile stitch. The dimensional stitch creates a shell that resembles scales. This is a more advanced "stitch" that is actually made up of several basic crochet stitches.

There are an abundance of variations to crocheting the crocodile stitch. While the many steps may seem confusing, the accompanying photos of the following tutorial will provide you with visual clarity for caring out the instructions for this version and altering it to fit other variations.

Crochet a chain in multiples of 3. The example is 24.

Repeat Rows 2 through 5 as many times as desired. 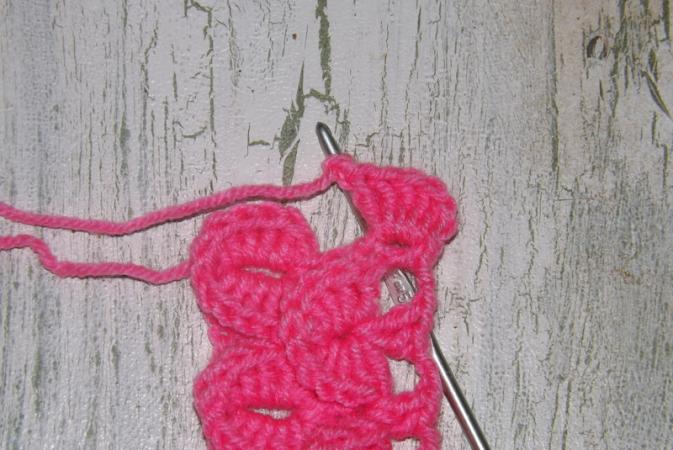 When modifying an existing pattern, keep in mind the crocodile stitch is a layered stitch and only grows with the ladder rows. Plan on using two to three times more yarn than the pattern calls for.

Learning to crochet the crocodile stitch is a bit complex, but after you've practiced and gotten the hang of it, you will enjoy the skill this stitch adds to your crochet abilities. It is versatile for many projects. Use it as trim for a blanket or make a scarf or shawl with the stitch used throughout. Give scale texture to crocheted animals with scales such as this mermaid tail blanket.